Since we’re stuck in our houses and have plenty of time to ourselves due to the Coronavirus pandemic, we steadily run out of activities. There may be tons of movies and TV shows to watch in your list or stacks of books in your bookcase to read, but the lockdown psychology doesn’t let you take action. We’re on the same page with you; our attention spans are at pandemic levels, too. So we decided to curate a list full of TV shows to binge according to each zodiac sign. Trust us; it’s going to be an easy and fun ride. Still, if you want some distraction and positive vibes, you can get a free Tarot reading whenever you want. If you want to take things further, our sister app Binnaz is offering free psychological support during the pandemic.

One of the biggest features of Aries people are the playful souls they have, but they like a little mystery on the side, too. And acclaimed director David Fincher’s Netflix series Mindhunter has everything an Aries wants: a storyline full of clues, complex characters, and some well-written backstory with A-class directing. 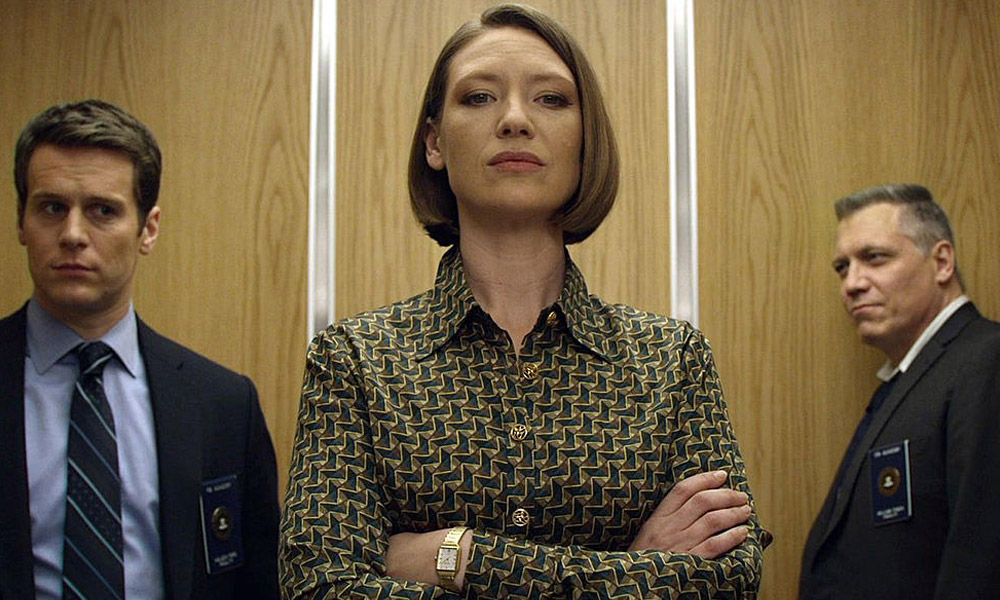 You can stream Mindhunter on Netflix.

Aesthetic, British history, and everything fancy: welcome to Downton Abbey. The show begins as a classic soap opera with a luxurious touch, which makes it a top pick for Taurens. But as the show progresses, there are lots of unpredictable drama that makes it one of the best period pieces ever. 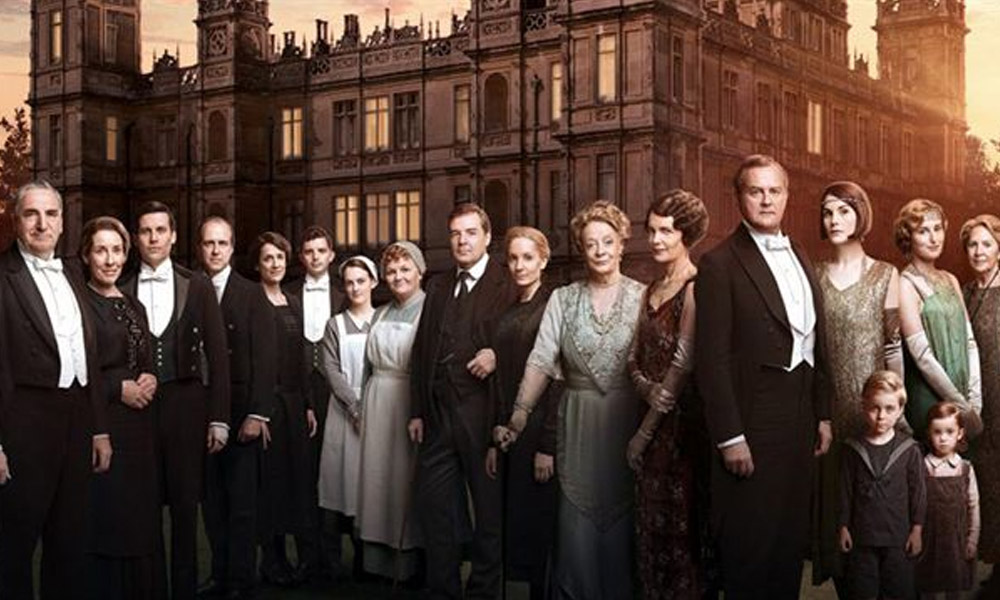 You can stream Downton Abbey on Amazon Prime.

The show that gave us Phoebe Waller-Bridge, Fleabag, is considered one of the most revolutionary TV shows of the last decade. The show tells the heartbreaking trauma story of a single woman with extremely brilliant monologues and dialogues. What makes Fleabag the perfect pick for Geminis is the duality the show has: it can make you cry seconds after you’re laughing. 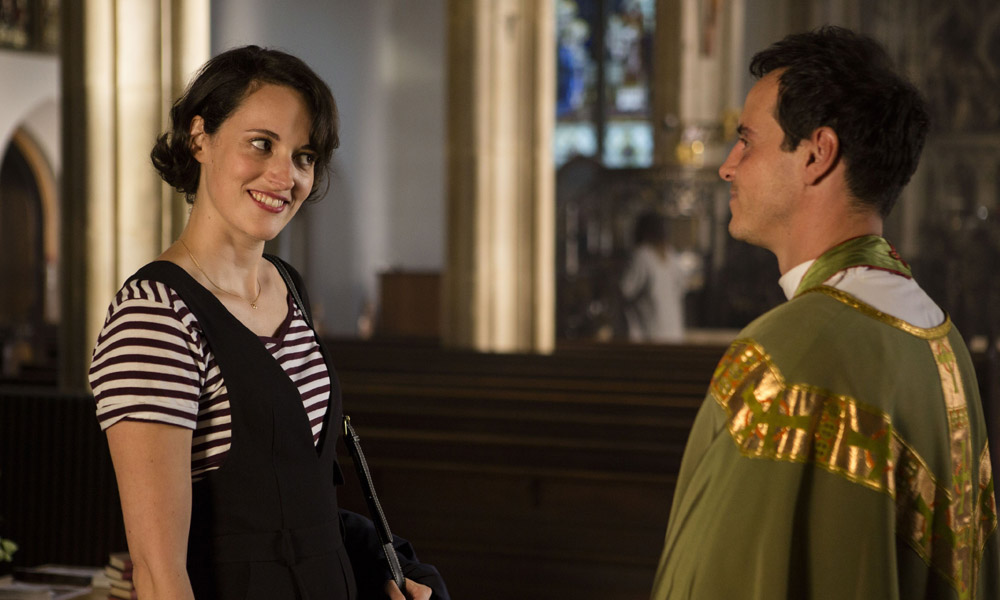 You can stream Fleabag on Amazon Prime.

One of the unexpectedly most profound series of Netflix centers on a depressed horse and his adventures in Hollywoo(d). Well, we’re not saying that Cancerians only love dark stuff here; BoJack has a lot to offer on the side. The show seems like a comedy series at the beginning, but once you get to know the characters, you get into one of the bleakest stories of the animated universe. 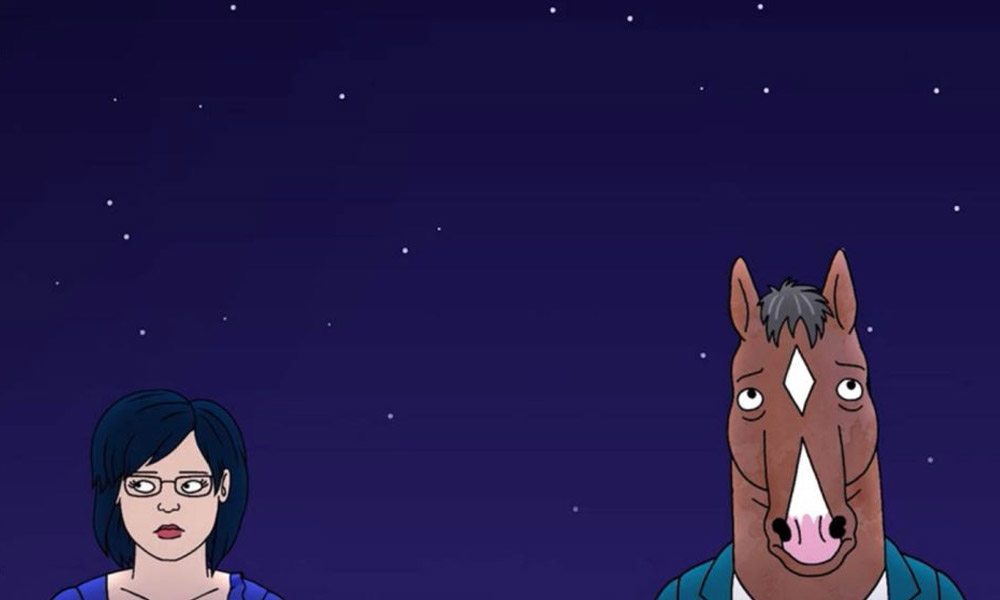 You can stream BoJack Horseman on Netflix.

Leo: Sex and the City

Leos may tend to get distracted a little easier than others under the circumstances that we’re going through. They need something fun with a little twist, and we can’t think of anything other than Sex and the City. Even if you had watched the adventures of Carrie and her gang millions of times, you still enjoy it. And all the scenes somehow still manage to shine, just like a Leo. 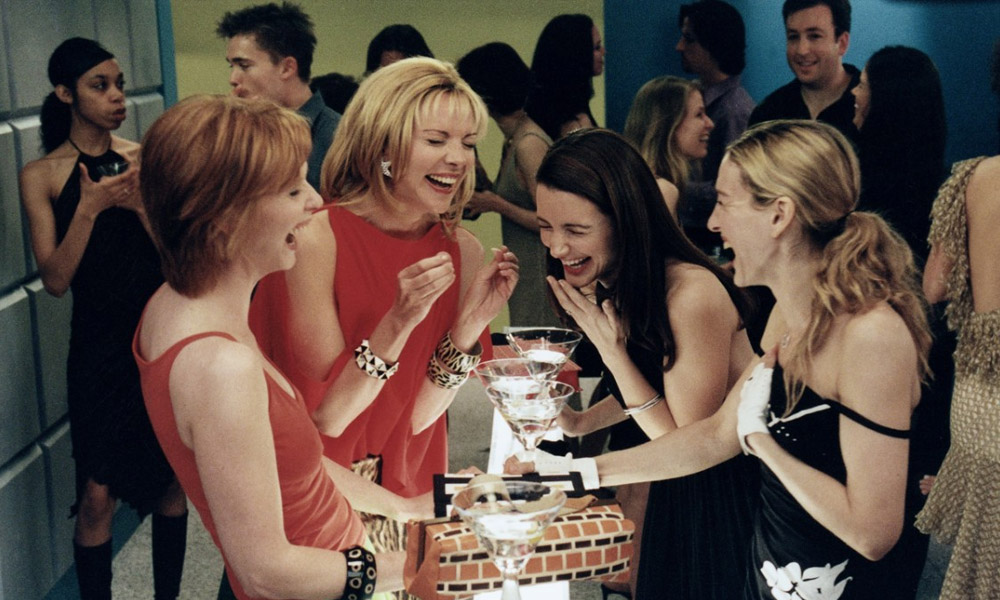 You can stream Sex and the City on HBO’s streaming services.

One of the funniest shows of the last decade, Parks and Recreation, told us the story of a real weird team of public officials the best wat possible: mockumentary-style! We picked Parks & Rec for Virgos because Leslie Knope, played by Amy Poehler, is a perfect Virgo, which will probably make our control freak friends enjoy watching themselves. 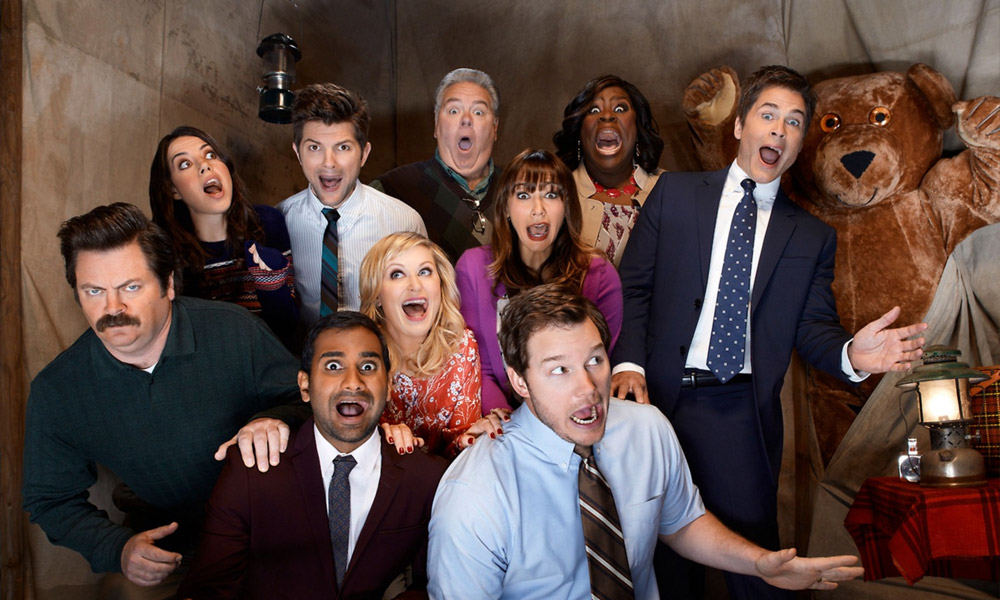 You can stream Parks and Recreation on Amazon Prime or Netflix.

Libra: She’s Gotta Have It

Adapted from Spike Lee’s 1986 masterpiece with the same title, She’s Gotta Have it is a two-season Netflix show that centers on a polyamorous and pansexual woman and her three lovers. The show includes art, love, and great aesthetically-pleasing scenes that’s enough to quench a Libran’s thirst for a good storyline. 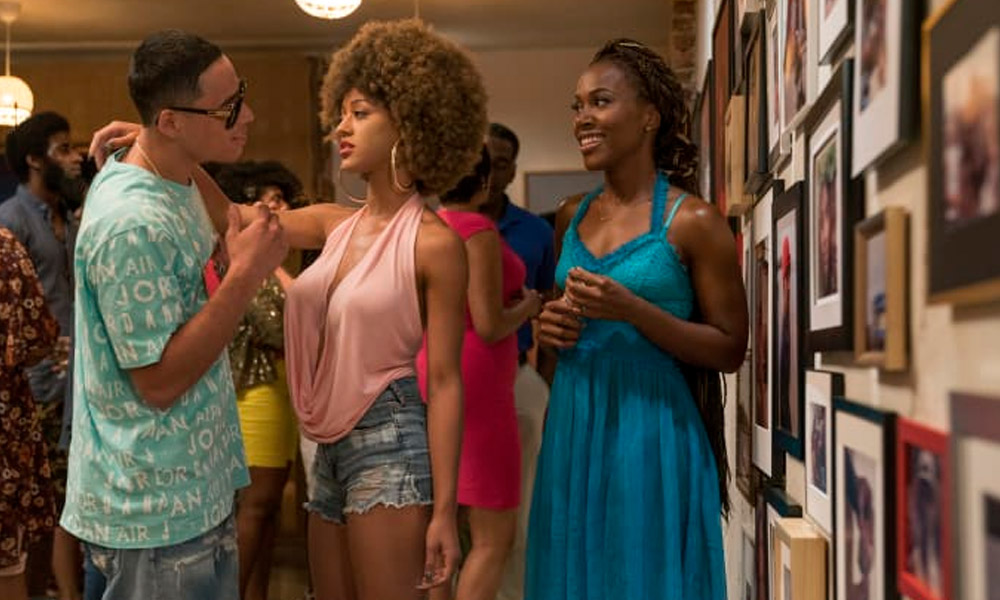 You can stream She’s Gotta Have It on Netflix.

BBC America’s latest hit show, Killing Eve, has gotten only good reviews, and that’s because it tells a weird attraction story between a security operative and a multicultural assassin. There’s all the tension and passion that’s more than enough for a Scorpio. Plus, you can travel all around Europe sitting on your couch, thanks to countless filming locations of Killing Eve. 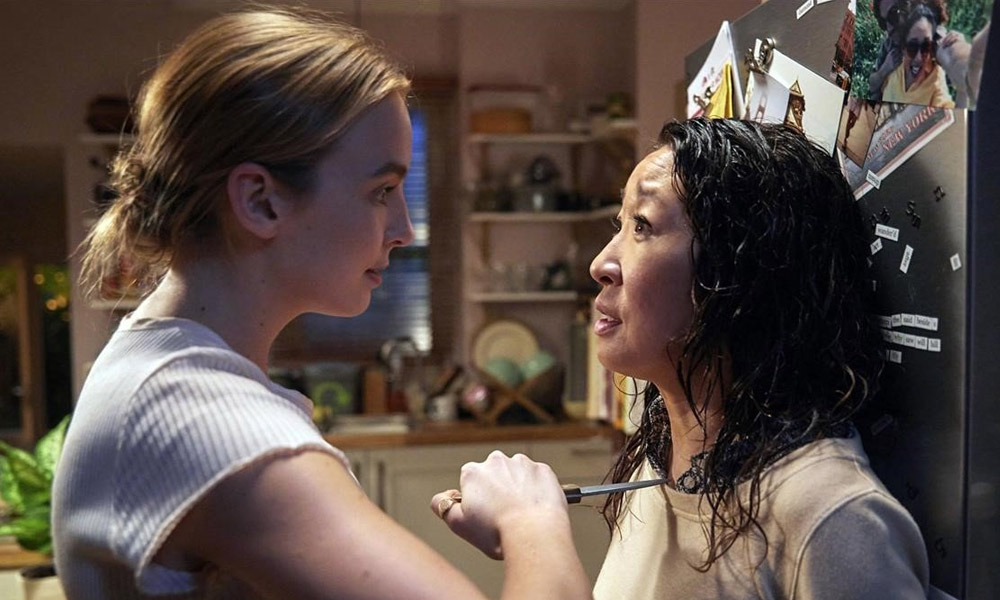 You can stream Killing Eve on Hulu or Amazon Prime.

Our pick for the free-spirited Sagittarians is Comedy Central’s Broad City, which centers on two single women in their late 20s and their fun and goofy adventures in New York City. The show is extremely absurd and has a great tempo that’s going to keep your mind away from your problems. 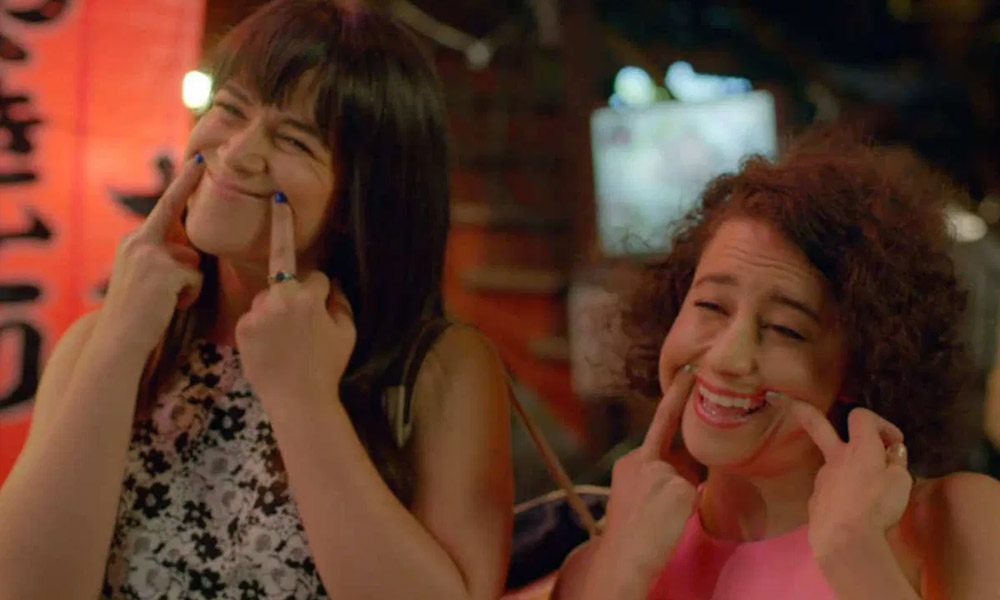 You can stream Broad City on Comedy Central or Amazon Prime.

You may be skeptical about Netflix’s 13 Reasons Why, and you might be right. But under these circumstances, it might be the best feel-good pick for a Capricorn. The show has a perfect pace, and there are sh*tload of ethical points that’ll make you binge it in a couple of days. 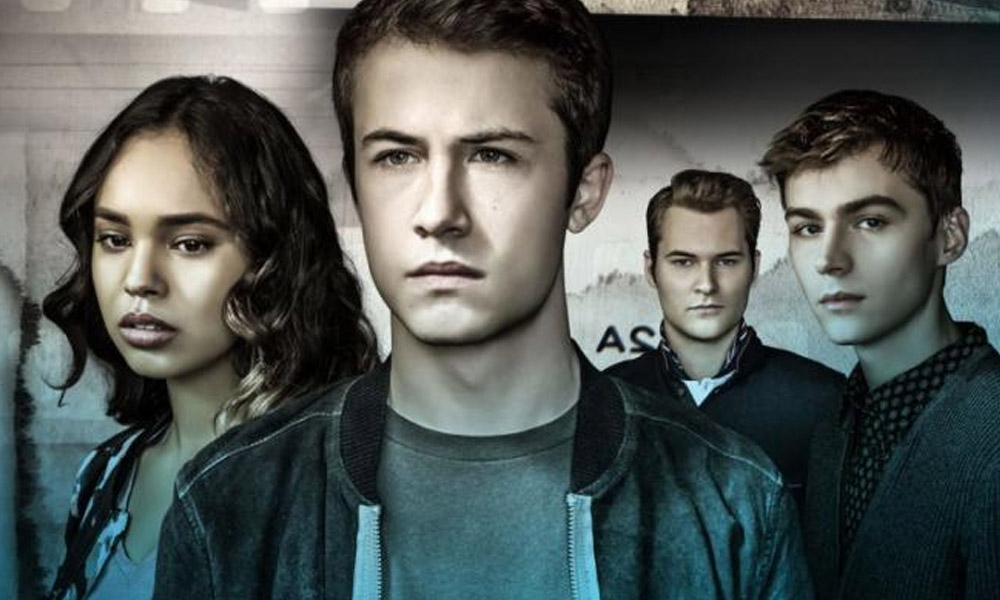 You can stream 13 Reasons Why on Netflix.

The coolest thing that NBC has done in years is undoubtedly The Good Place. The show takes place in the afterlife, and there are lots of plot twists, philosophical points of view, and endless frozen yogurt humor. The Good Place has enough episodes to distract you from the unfortunate events of today; just give it a chance until the season one finale. 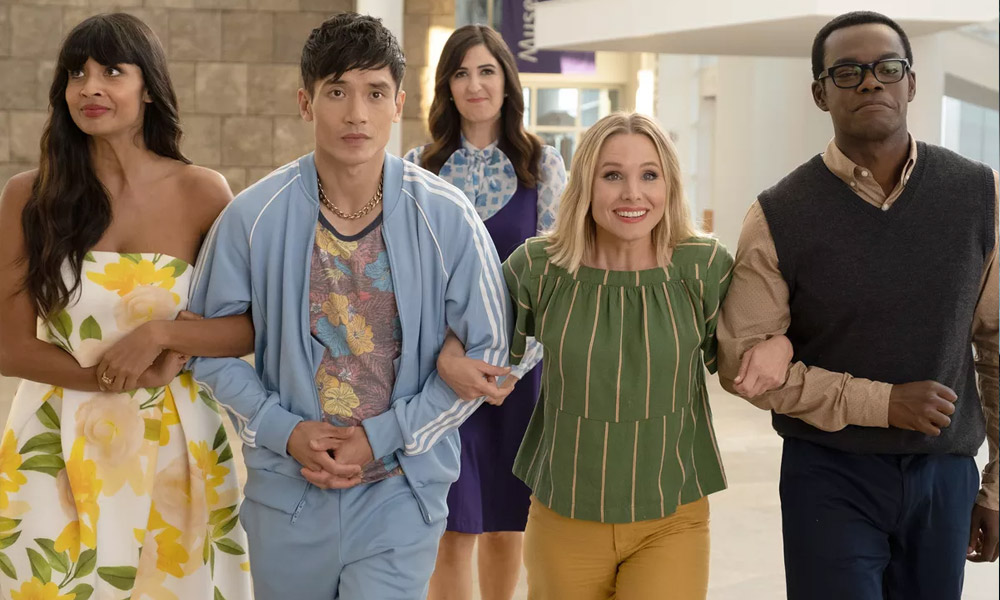 You can stream The Good Place on Hulu.

One of the classics of HBO, Six Feet Under, is unquestionably one of the greatest family dramas ever. The show centers on a family that runs a funeral house, and every episode begins with a death. Although it has a very dark atmosphere, the cleverly-written dialogues put a smile on your face when you expect it the least, which makes it the best pick for Pisceans who like a little humor in their darkest moments. 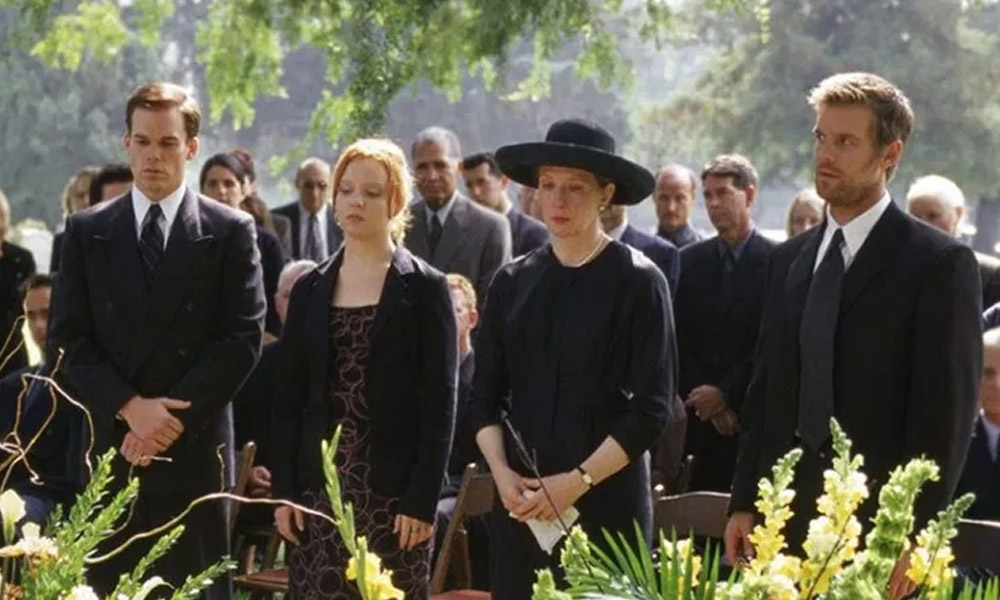 You can stream Six Feet Under on HBO’s streaming platforms.