Tarot Cards and Their Meanings

Although most people think Tarot cards are magical objects that are going to open a window to their future, they’re mostly used as tools that help with understanding one’s state of mind. As the cards have images with powerful messages on them, they stimulate our consciousness; and as a result, we get a clearer picture of our future. Yes, you can say that Tarot cards are so zen, and the good thing is you don’t even have to get out of the house to get a reading nowadays. In this article, we’re going to tell the basics of Tarot cards and their meanings, so the next time you get a Tarot reading, you can add your own opinion. Want to get a free online Tarot reading that’s unexpectedly accurate? Download the Faladdin app clicking here! 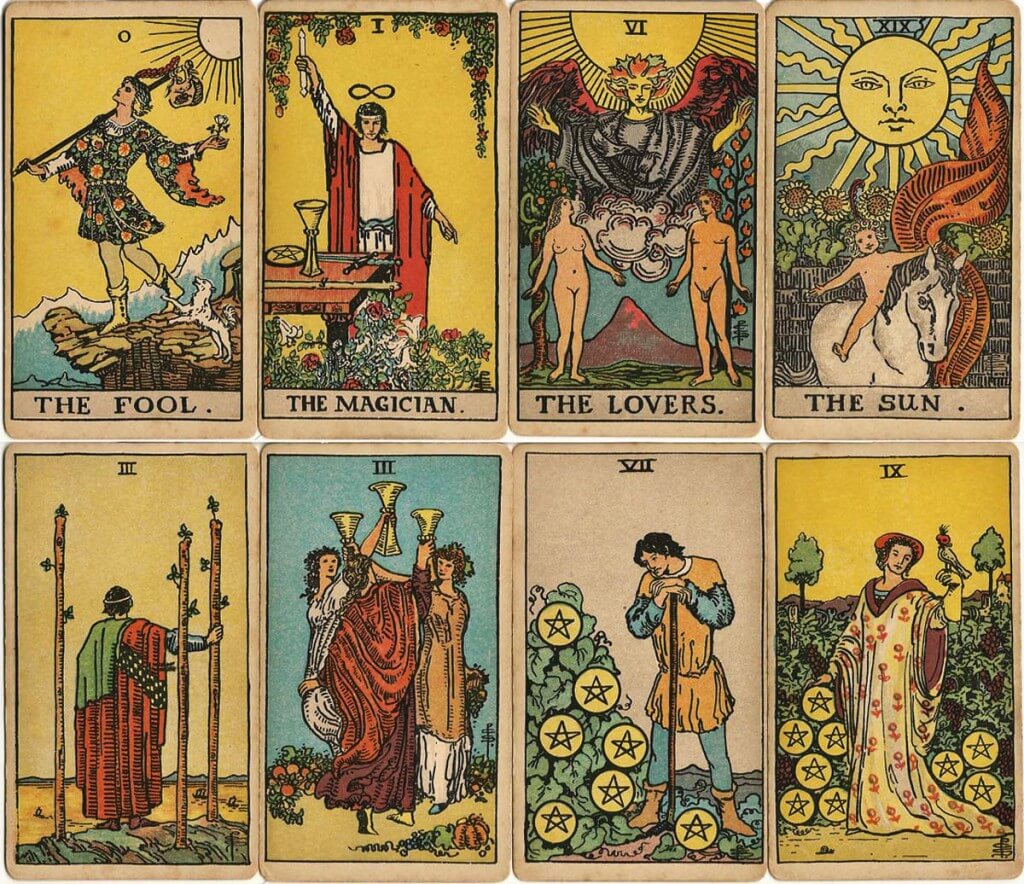 There are 78 cards in a Tarot deck, and each of them has a special meaning. You can read a manual that comes with the cards, but the real deal when reading Tarot cards isn’t really about what’s written on the manual; it’s about your connection with the cards. It’s a known fact that many of the Tarot experts didn’t have a guideline at the beginning, and that’s why they’re so good at what they do.

If your goal is to master Tarot cards, our recommendation would be to do your readings as a self-exploratory meditation. Remember, the first rule in reading Tarot is connecting with your inner-self, and then the deck. Each time you look at the cards, you’ll get a better understanding—we promise. If we’re clear about the base rules, let’s get into the meanings of Tarot cards for beginners.

We’we mentioned that there are 78 cards in a deck, and there are usually divided into two categories: Major Arcana Cards and Minor Arcana Cards. And remember that the cards’ meanings weaken, or even be opposite if they are opened upside down. 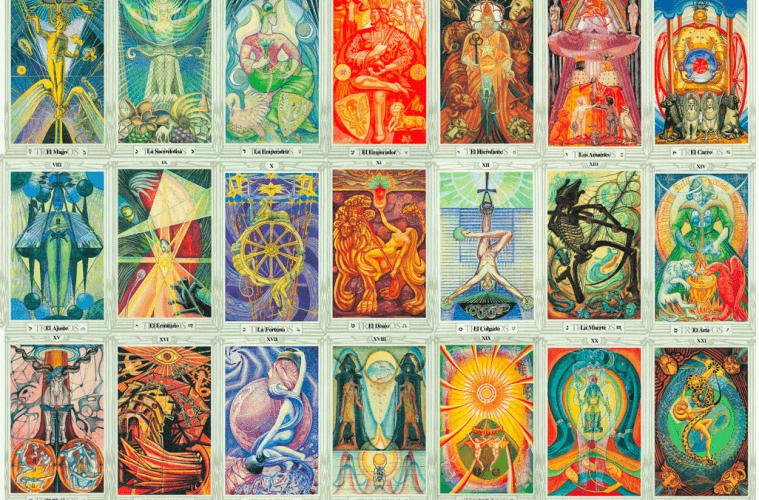 22 of the 78 cards in a deck are called “Major Arcana cards,” and they help the reader to get a clear picture of the picker’s life in general. Usually used to get an opinion about “the bigger picture,” Major Arcana cards are the first 22 cards of the deck and each has a number between 1 and 21, except for “The Fool” card. Below, we’re going to explain the most popular Major Arcana cards and their meanings.

The Fool: The numberless card of the deck, “The Fool,” has a very positive meaning if the card opened upright. “The Fool” represents new possibilities, good chance, and courage.

The Lovers: As you would’ve guessed by its name, “The Lovers” represent pure love, and when chosen, it’s good news; true love may be right around the corner. Another meaning of the card is “decisions.” Which, if you’re under the circumstances, need to make up your mind about what’s been bothering you ASAP.

The Wheel of Fortune: One of the most crowded cards, “The Wheel of Fortune” represents the unpreventable flow of life. When you pick this card, you need to remember “Whatever happens, good or bad, it’s all volatile, and life goes on.”

Justice: When you pick this card, it’s time for you to remember you are the main reasons for the events of your life, and you need to stop blaming others. Take responsibility, and be your own judge.

Death: One of the most negatively perceived cards of the Tarot deck, “Death,” doesn’t actually have a negative meaning. In fact, it represents the end of an era, whether the era is good or bad. So when you pick this card, try not to freak out, and start making positive plans for the new chapter of your life.

The Moon & The Sun: The opposites of the deck, “The Moon” and “The Sun” represent night and day. Accordingly, when you pick The Moon, it’s about your fears and worst nightmares. About The Sun, we can say the exact opposite. 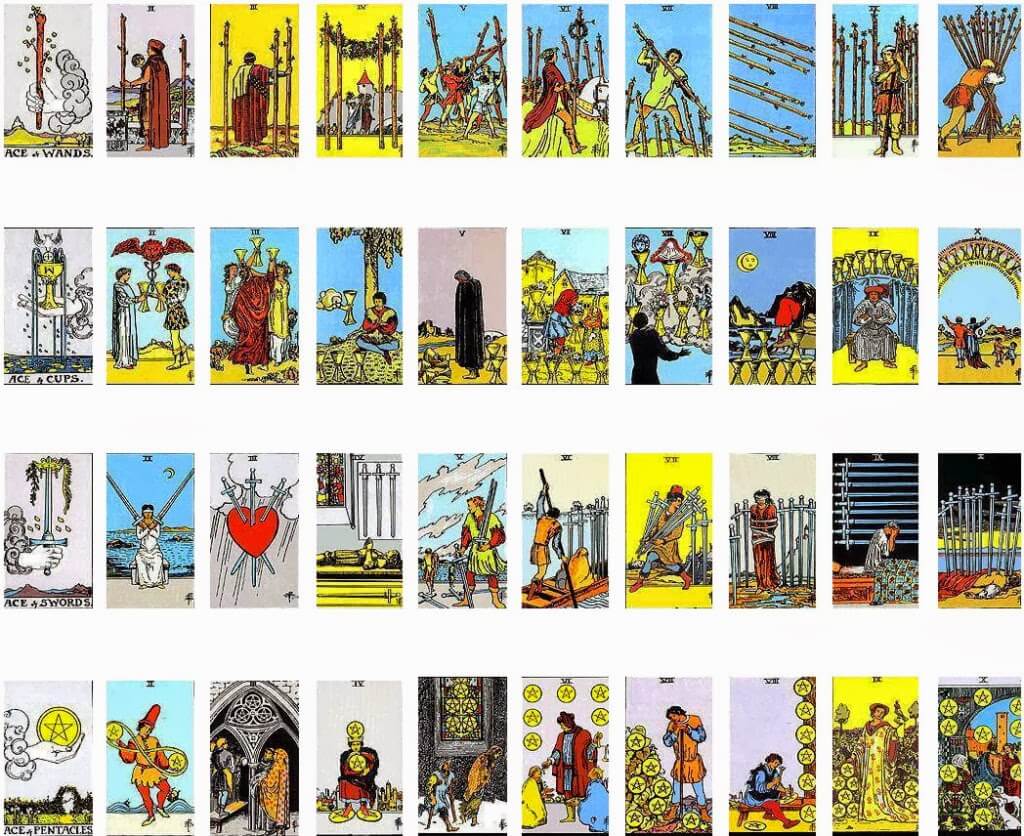 Hey! Don’t forget to get a free love Tarot reading with our app before going on a date! Download Faladdin app here.

The Suit of Swords: These cards focus on your thoughts and decisions. Plus, they are great when exploring your inner-self if you’re using Tarot as a tool for meditation.

The Suit of Wands: Representing the inner power and motivation, the Suit of Wands tells the reader about the picker’s personality and their spirituality.